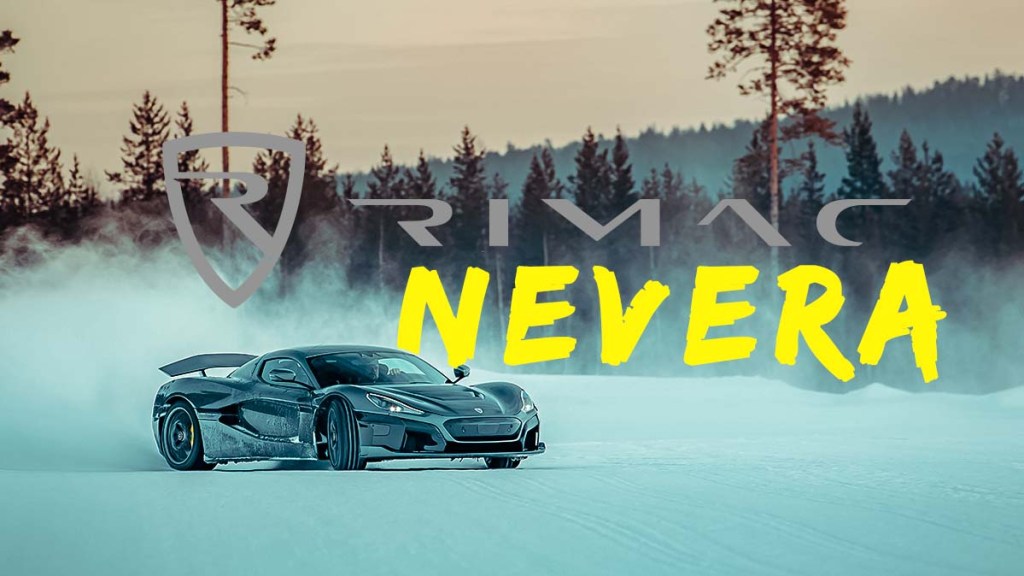 The Rimac Nevera is a two-seater hypercar that is the world`s quickest accelerating manufacturing automobile that goes 0-100 in only 1.97 secs which makes it fast. It comes with a breathtaking 1914 horsepower generated with the aid of using its 4 electric-powered vehicles and 2360 nm of torque. The top speed is 412km/h which makes it the quickest electric-powered manufacturing vehicle in the world and with has a massive battery pack of 120kwh which has a range of 489 kilometers on one complete charge. The most exciting technology in the Nevera is Rimac’s all-wheel drive Torque Vectoring system. It replaces the typical electronic stability and traction control system, individually adjusting the amount of torque transmitted to each wheel. This gives it a good grip, keeps the car going as fast as possible, and allows adjustments at the driver’s discretion.

Unlike any EV, the Nevera uses a one-piece carbon-fiber monocoque chassis. The car was unveiled at the 2018 Geneva Motor Show as the Rimac C Two, it was later renamed the Nevera upon its launch. It is the automaker’s second car after the Rimac Concept One and is described as “the ultimate electric Hypercar driving experience“.

The name Nevera comes from the Croatian word for sudden and short storms, usually accompanied by lightning, which occur primarily along the Croatian Adriatic coast. At around 5,100 pounds (about 2313.32 kg), the Nevera isn’t light by any means, but it has enough maneuverability and tires to stick to the pavement on arched roads. Nevera can regenerate energy at a rate of up to 300 watts, it can smoothly regenerate without interrupting normal driving to recharge the battery. It additionally offers Six drive modes to further optimize throttle reaction and suspension stiffness; drift mode and launch control are included.

The company says the car gets 300 miles per charge, however of course that distance diminishes drastically as you approach top speed. Customer cars come with a top speed restrained to 219mph, however, the ones may be tuned to hit 258mph with the help of the Rimac team and under managed conditions with the right tires and precautions. Nevera can be custom-built with various materials, colors, and stitching to accommodate any opulent look. The Rimac Nevera is a production car that anyone can buy if they have $2.44 million(USD). According to Rimac, only 150 Nevera vehicles will be made, all of them hand-crafted in Croatia. 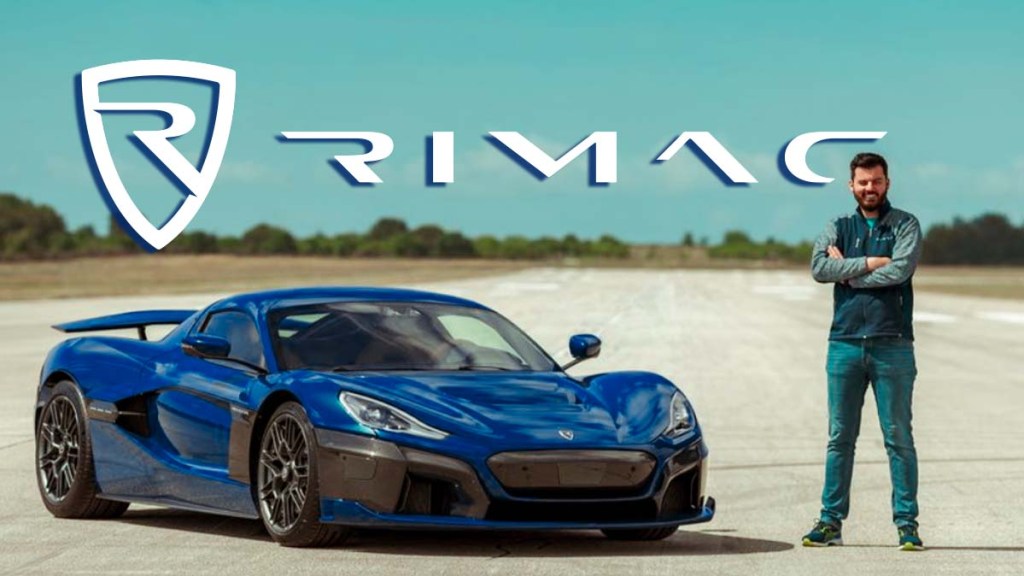 Rimac Automobili is a Croatian car manufacturer headquartered in Sveta Nedelja, Croatia, that develops and produces electric sports cars, drivetrains, and battery systems and brings together the most advanced hyperarcs in the world with a globally renowned team developing high-performance electrification, autonomous and software solutions for the world’s largest OEMs. It all began with one man and his dream, in a garage Mate Rimac the founder and CEO of Rimac Group. The company was founded in 2009 by Mate Rimac with the vision to create the sports car of the 21st century but it all started back in 2007 when as a hobby garage activity of the founder Mate Rimac.

Working on his own, he managed to convert his BMW 3 Series (E30) to incorporate an electric powertrain and subsequently gained attention from the press and investors. And this is how it all started Rimac Automobili’s first model, Concept One is known as the world’s fastest-production electric vehicle. Their goal is to show the world fantastic engineering through their electric hypercars and advanced technologies. They are designed, engineered, and manufactured in-house and demonstrate what is possible when innovation and passion are given free rein. Our engineering team creates core EV systems in-house, from power-dense drivetrain systems to highly advanced autonomous driving and unique user experiences enabled through our infotainment technologies.

After starting Rimac Automobili in 2011 with just a handful of people, Mate has grown from a specialist component manufacturer to a series production hypercar and technology powerhouse, employing over 1300 dedicated employees. Still guided by Mate’s unwavering quest for performance perfection and relentless enthusiasm. They enter a new chapter in Rimac’s history with the launch of the all-new Nevera hypercar, which follows on from the Concept One The fastest electric car in the world was the Rimac Concept One, which can reach speeds of up to 221 mph. The car has a range of 372 miles and a price tag of $1.2 million. The Rimac Concept One was a high-performance electric car developed by Rimac Automobili.

The car is powered by four electric motors that generate a total of 1,224 horsepower. The Concept One can accelerate from 0 to 60 mph in just 2.8 seconds.

The Rimac Nevera is built as the successor to the Rimac Concept One. The Nevera is the world’s fastest accelerating production vehicle that goes 0-100 in just 1.97 secs which makes it quick it comes with a breathtaking 1914 horsepower generated by its four electric motors and 2360 nm of torque and the top speed is 412km/h which makes it the fastest electric production car in the world and with a big battery pack of 120 kwh which has a range of 489 kilometers on one full charge.

The car was unveiled at the 2018 Geneva Motor Show as the Rimac C Two, it was later renamed the Nevera upon its launch. It is the automaker’s second car after the Rimac Concept One and is described as “the ultimate electric hypercar driving experience“. The name Nevera comes from the Croatian word for sudden and short storms, usually accompanied by lightning, which occur primarily along the Croatian Adriatic coast. At present the company has joined hands with Bugatti Automobiles, to create a new automotive and technological powerhouse. Uniting Rimac’s technical expertise and lean operations with Bugatti’s 110-year heritage of design and engineering prowess represents a fusion of leading automotive minds.

Both brands will continue to operate independently, with Rimac Automobili retaining its current premises on the outskirts of Zagreb, Croatia, and Bugatti production continuing in Molsheim, France. It has taken a two-pronged approach the industry has not seen before, it’s continuing to make hypercars such as Bugatti Rimac while using the knowledge gleaned from that process to develop technology to supply other automakers through its Rimac Technology subsidiary. Rimac Technology will continue to innovate, developing vehicle systems and technologies for many global OEMs. Such innovative technology can also be deployed in future Bugatti and Rimac models. 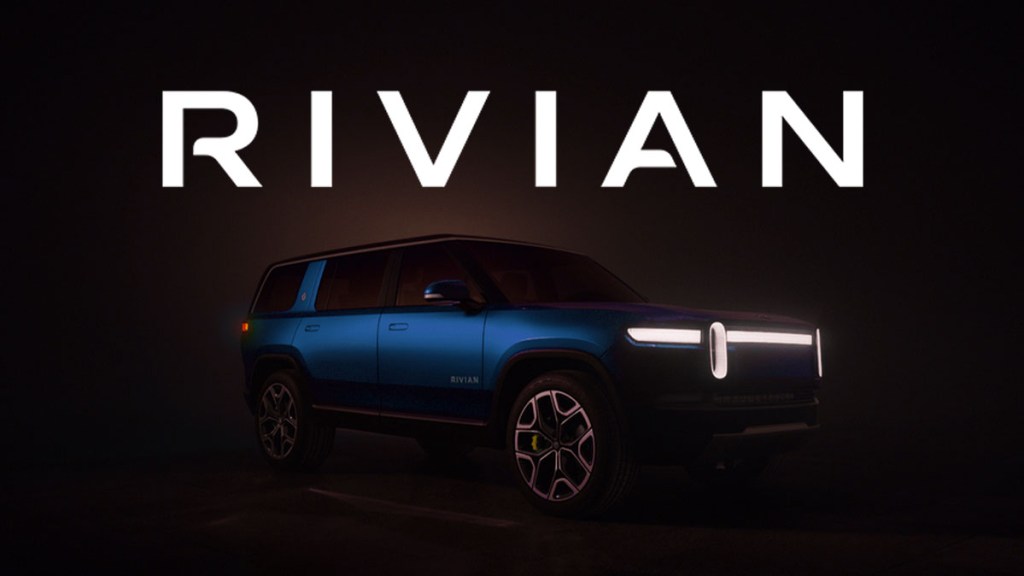 Rivian, founded in 2009, is an American electric car manufacturer and automotive technology firm. Rivian is headquartered in Irvine, California, and has production plants in Normal, Illinois, Plymouth, Michigan, Palo Alto, California, Carson, California, Vancouver, British Columbia, and Woking, England. Rivian was formed in 2009 as Mainstream Motors by CEO RJ Scaringe, an MIT graduate with a background in engineering and lean manufacturing. Scaringe was raised in the Melbourne area of Florida. Scaringe became concerned that he was contributing to the contamination of an environment he sought to conserve as he grew older As a result, the firm was formed.

Rivian’s objective and vision are to continue servicing clients for as long as possible. People buy automobiles to go from one location to another or simply to have fun. The corporation recognizes this and intends to develop transportation that will last longer and cost less. Its primary market is adventure sports. It demonstrates the type of work they conduct in terms of research and development of environmentally friendly, electric automobiles. They also intend to design and create cars that will endure forever, resulting in a pollution-free planet.

The firm and its employees collaborate to make the planet pollution-free. They also hope that by purchasing their electric automobiles, more people would join their cause. Most of the company’s effort is spent on research and development for the optimal type of vehicle. It makes sense that it took them over eight years to introduce their first product. It demonstrates their intent to go beyond what they previously promised. Rivian was well-versed in both autonomous driving technology and electric car technology two years after its founding. Although the carmaker initially intended to build opulent, battery-powered cars, the rugged, off-road-oriented SUVs we see now weren’t originally the main goal.

Rivian debuted a fast coupe prototype in 2011 before abandoning the entire project. Even while it appears that the coupe was a functional prototype, it’s probably for the best that Rivian initially concentrated on SUVs as numerous other EV companies have chosen the path of a high-end EV car. Rivian declared that its two alpha prototypes were finished before the end of 2017. With production set to start in 2020, the R1T truck and R1S SUV made their public debuts at the LA Auto Show less than a year later. Recently, Rivian relocated its principal office and a significant portion of its R&D to Irvine, California. Although Rivian appears to be gradually shifting everything to its new California site, several technologies are still being developed in Michigan.

The first consumer EV from Rivian planned to arrive for the firm is the R1T pickup, which has already generated a lot of buzz. This five-seat, totally electric truck provides many interesting and intriguing features that are focused on the great outdoors, as well as many unique exterior color options. Beginning in three initial trims starting with the Launch Edition in 2021, the R1T’s will come with Rivian’s mid-tier battery pack, which the automaker claims to offer a range of 300+ miles. That said its vehicles would be provided with 105 kWh, 135 kWh, and 180 kWh battery packs enabling “230+ miles, 300+ miles, and 400+ miles. The Launch Edition R1T is fully reserved but is priced starting at $75,000 The Rivian 2022 R1S SUV is the company’s second production model and one of the few three-row EVs, making it a desirable alternative for families looking to go electric. The R1S has many characteristics with the R1T truck, including its 128.9-kWh battery pack, which the EPA says is suitable for 316 miles of driving per charge. The R1S is powered by a quad-motor system that generates 835 horsepower. An adjustable air suspension is standard, allowing the R1S to attain a maximum ground clearance of 15.0 inches. With 835 horsepower on board, the R1S feels incredibly fast. The R1S accelerates to 60 mph in 3.1 seconds. Rivian plans to focus on the pickup truck, SUV, and commercial van market segments in the near term. Its focus geographies initially include the U.S., Canada, and Western Europe. In the long term, the company hopes to grow by entering new key markets as well as developing adjacent products.